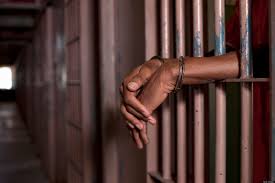 Justice Adepele, the Chief Judge of Osun State, has granted amnesty to eight awaiting trial inmates in the Ilesa and Ile-Ife detention centers.

According to a statement released by DSC Olusola Adeotan, the Public Relations Officer of Nigeria Corrections, Osun State Command, CJ stated the judiciary will try its utmost to decongest the centers and that all eligible inmates will be considered as it will not be a comer’s affair.

“My desire to discharge my statutory obligations expected of me under the law, as well as the pressure from the Controller of Corrections, Osun State Command, arising out of his concern for fellow human beings,” the Chief Judge continued.

She expressed gratitude to the Controller for his repeated requests for a visit to the Custodial Centres.

In his welcome address, the Controller of Corrections in Osun, Olanrewaju Amoran, expressed his gratitude to the CJ, members of the Speedy Administration of Criminal Justice Committee, and other stakeholders on behalf of the Controller General of Corrections (CGC), Haliru Nababa FICMC, mni, for making the exercise a reality despite several challenges.

The exercise, according to the Controller, would relieve tensions, decongest the prisons, provide a ray of hope, and reassure fellow convicts.

He charged the released inmates to turn over a new leaf and use all of the ideals, behavioral adjustments, and positive attitudes instilled in them while in custody, while asking with the CJ to make the visits more often.

Officials from the Ministry of Justice, the Directorate of Public Prosecution (DPP), the Nigerian Police, the Legal Aid Council of Nigeria, Executive members, the Nigerian Bar Association (NBA), Ilesa and Ife branches, and the Justice Development and Peace Maker’s Centre of the Osogbo Catholic Diocese were also present during the visit.