A Court In Oyo Has Summoned Four Herders For Alleged Kidnapping 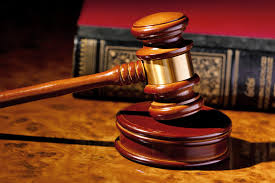 On Tuesday, a chief magistrate court in Iyaganku, Ibadan, the Oyo state capital, ordered the remand of four herdsmen for alleged kidnapping.

Chief Magistrate Olaide Hamzat refused to hear their plea, claiming that the court lacked jurisdiction in the case. He directed that the suspects be held in the Abolongo Correctional Facility in Oyo Town.

The police were then directed by Hamzat to return the case file to the Oyo State Directorate of Public Prosecution (DPP) for legal advice.

The Prosecution Counsel, Inspector Opeyemi Olagunju, told the court that the suspects and others at large kidnapped one Abubakar Shehu from his Father’s camp around 1am on July 7, 2021, with the intention of collecting ransom.

He stated that the suspects demanded N30 million in ransom from the victim’s father, Shehu Umaru, and that the crime violated Section 3 (1) (2) and was punishable under Section 4 (2), 10 of the Oyo State Kidnapping ( Prohibition ) Law 2016.