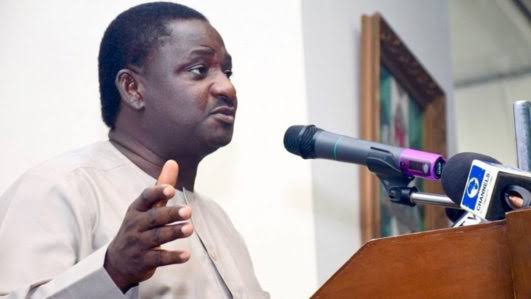 The Presidency has stated that the President Muhammadu Buhari-led administration has 17 months to address the myriad security issues afflicting the country.

The Special Adviser to the President on Media and Publicity, Chief Femi Adesina, claimed on Channels Television’s Sunday Politics that President Buhari can still eradicate insecurity in the country before he leaves office.

President Buhari had cautioned security officials in August that he was not prepared to leave office as a failure and that he was committed to turn the fight on insecurity around.

“Nothing is impossible,” Adesina replied when asked if President can solve insecurity in the country before he leaves office in 2023. I always make reference to the Sri Lankan Tamil Tigers. That uprising lasted 28 years. However, the rebellion’s mastermind was apprehended one day. And that was the natural conclusion.

“Those who are behind this insurgency will be taken out one by one until the last of them is taken out, and then we’ll be done; it can be done in 17 months, that is all that is left for this administration.”

When asked if Nigerians can trust his word, and hence the President’s, that insecurity will be eradicated before he leaves office, the Presidential spokesman answered, “I believe so.” It’s possible.”

Adesina said the potential of the Islamic State of West Africa Province (ISWAP) operating in Borno state to fire rockets targeting locations in Maiduguri, the state capital, was scaremongering to persuade President Muhammadu Buhari to abandon his official visit to the state.

“It was some form of scaremongering,” Adesina remarked. They tried to scare the president away, but they had forgotten that he is a retired military who can hold his own. They believed they could persuade the president to cancel the visit, which is why they may have done what they did.

“However, we see that the President went ahead with the visit, and from all accounts, it was a huge success.” It’s unfortunate that several individuals were killed in that attack, but it demonstrates the cowardice of those who do such acts.”

The Presidential Spokesman, when reminded that there have been declarations in the past claiming that the rebels had been officially defeated and that the conflict was coming to an end, said: “Well, let me start with the first component of what you stated, which is that we’ve had phrases in the past that were technically vanquished. Yes, everything you’ve said is correct. Because, from the time it began in 2009 until now, the character of this insurgency has changed in a variety of ways. And it is no longer in the same shape or state as it was in 2009, 2010, 2011, 2012, 2013, 2014, or 2015.

“No, there has been a lot of work done to weaken them.” Degrade is the technical term, and much has been done to degrade the aggressors. And we can compare what happens today to what used to happen; all that remains is to put an end to it.

“That is why, as the President stated in Maiduguri, we are in the latter stages of the insurgency battle, and I believe we are in the final stages.” And at the Security Council meeting, he urged the security officials the same thing: “End this thing.” It’s coming to an end. And I am confident that if all Nigerians work together, cooperate, and collaborate with the security forces, we will be able to put an end to it very soon.”

“However, the President wishes for it to come to an end totally.” Bombs are still being heard every now and again. Then there are two reports of missiles being launched into the city.

“That is exactly what Mr. President wants, a definitive conclusion, a definitive stop.” “Perhaps an assassination of all the minds behind these heinous acts.”