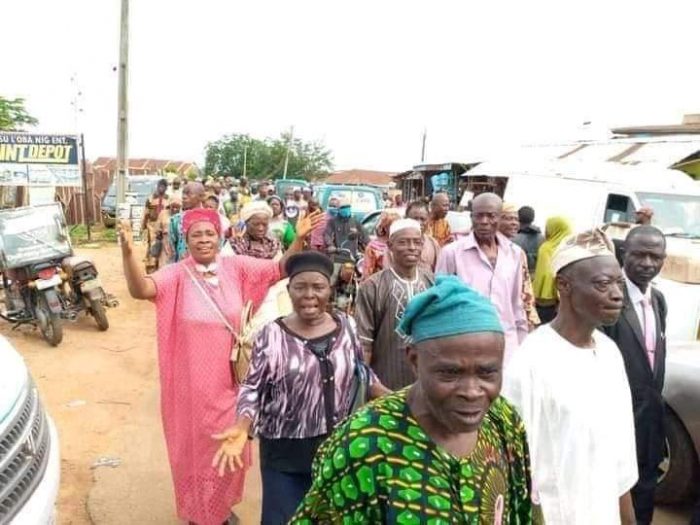 On Tuesday, some pensioners in Osogbo, the state capital of the state of Osun, are protesting the nonpayment of their pension arrears.

The retirees were spotted holding signs that read, among other things, “Government of Osun, stop the propaganda,” “Save Our Souls,” “Stop Killing Us Indirectly,” and so forth. To emphasize their argument, they were also singing anti-government songs.

According to an reports, the demonstrators are contributory pensioners who have not been paid since the current administration took office.

Protesters said they will march to the state legislature and the governor’s office.

More information will be provided later.