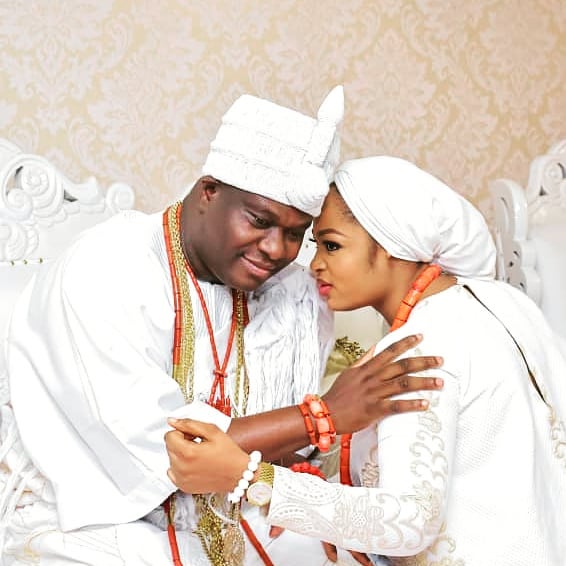 Naomi Silekunola Ogunwusi, the queen of Ooni of Ife, has declared her separation from the king, Oba Adeyeye Ogunwusi.

The decision was made public on Queen Naomi’s verified Instagram page, citing irreconcilable differences between the two.

“I bless the Lord almighty for His faithfulness throughout the last three years of my marriage,” she adds. It isn’t how far one travels in life that matters.

Still, how well I have this happy certainty regulating all events and declaring to me it is well with my soul, even though satan should buffet me if hardships arise. Certainly, everything is in order. With faith in my heart and affection for the guardian of the old throne of Ife, I made my way there.

“I’d like to correct a few impressions. If someone has information to the contrary, they are free to provide it. It should be noted that his majesty’s decision to move on was not influenced by the fact that he is married to another queen.

As many would want to believe, I was his sole wedded wife throughout our time together. There were a few side attractions, but they were never a problem.

“I never approached him with any kind of revelation, as many people assumed he called me first and then announced his proposal several months later. Many people have misinterpreted the marriage as being arranged. I had no idea who the prophetess was who was supposed to have introduced me to him. Instead, when I consented to marry him, he presented her to me. I was only being courteous to him out of respect.

“Before Tadenikawo, I had never been pregnant in my life; my son is my first pregnancy with medical documentation.” I did my best to persevere and make it work; many times, I smiled through the difficulty, but I finally realized I only had one assignment, my son, and when God is done, He is done.

“Today, I declare the start of a new era and the end of a chapter. Today, I am the mother of God’s one-of-a-kind gift. I am no longer enslaved by my idealistic thoughts. I announce today that I will no longer be referred to as the Ooni of Ife’s wife or the Queen of lle-Ife, but rather as the Queen of the People and the mother of my lovely Prince.”