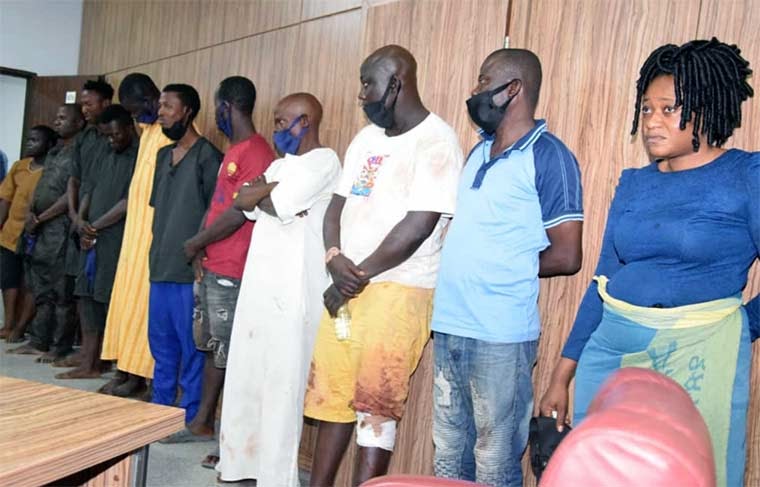 Noah Oyetunji and Amudat Babatunde, the only lady arrested during the July 1 raid on Igboho’s residence by DSS operatives, are named as defendants in the charge marked FHC/ABJ/CR/305/2021, which was filed before the Federal High Court in Abuja.

Whereas the DSS claimed that the first defendant, Oyetunji, was in possession of firearms for terrorist-related activities, it claimed that Amudat used her Facebook page to promote terrorist acts.

It should be noted that, while the DSS has released 10 of the 12 people arrested at Igboho’s house, it has kept the two defendants charged in court in custody.