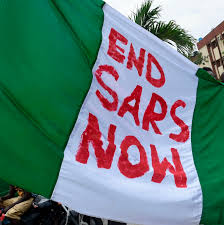 The Lagos Judicial Panel of Inquiry for Restitution for Victims of SARS-Related Abuse and the Lekki Tollgate Incident has urged victims of the Nigerian Army’s Oct. 20 killing of #EndSARS demonstrators to file petitions.

Mr Temitope Majekodunmi, a member of the Lagos State Judicial Panel of Enquiry on #EndSARS, expressed concern at the leakage of the report delivered to Governor Babajide Sanwo-Olu on Monday.

The study was leaked to the public just hours after the panel presented its report to the governor’s white paper committee.

The commission indicted the Nigerian Army for firing at protestors on October 20, 2020, according to the leaked report, and confirmed that 11 persons died.

However, there has been some concern about the report, which has not yet been made public.

However, Majekodunmi, a member of the panel who represented the youth, denied knowledge of the leaked report, saying that the only report he is aware of is “the one we provided.”

According to him, the leaked report could be one of many that the panel was vetting before to presenting the report to the governor of the state.

He did, however, clarify that the contents of the leaked report “are not far from the original,” adding that the original one included some adjustments.

Majekodunmi indicated in an interview with ARISE TV on Wednesday that the leaked report did not come from any member of the panel.

“There are no two reports,” he stated. The only report we have is the one we filed on November 15, 2021 to the appointing authority. The leaked report might be one of the ones we were evaluating to achieve a very conclusive result, as I stated yesterday, because we had reasons as a panel to vet our report multiple times to guarantee that it was error-free.

“The fact that it was leaked is concerning to us.” As the youth representative, I was taken aback. We were still in Alausa that evening when word got out about the leaked copy. However, we believe it simply speaks to more accountability.

“As I previously stated, the content of the leaked report is not dissimilar to the original. The facts are the same, although most of these inaccuracies may have been corrected in the original.

“I am confident in repeating that we were fair and just, and the report solely reflects our independence and how we did this without bias.” I’m the youth representative; we’re the reason this panel exists, thanks to our protests and other activities, but when we got the opportunity to sit on the panel, we always told other panellists that it’s not about saying one person is right or wrong. It is that the panel has been entrusted with the task of restoring peace and hope to society, as this report has verified.”

Alhaji Femi Okunnu, a former Federal Commissioner for Works and a lawyer, urged that people wait for the report to be signed by the panel Chairman and other members.

“That will be the panel’s official report. Members of the government have their own signed copies, thus the government can’t hide it. As a result, the findings should be made public,” he stated.

He also chastised the government for seeking to put down the #EndSARS demonstration, citing how he had previously participated in several protests.

“I now use a walking stick to get about.” But for that, I could have been at the Toll Gate myself last year, protesting the government for a variety of iniquities, not only in Lagos, but also in the federal government,” he continued.

Atiku Slammed Buhari, Says “Nigeria Has Never Been In Such A Horrible State Before”