Govt. Called for Tranquillity in The Aftermath of The Ife Killings 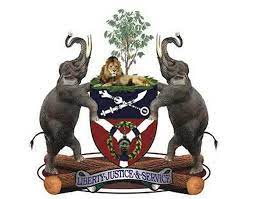 The residents of Ife and Modakeke towns in Osun State have been urged to remain calm following the killing of five people in Ile-Ife by unknown gunmen.

Mrs. Funke Egbemode, the State Commissioner for Information, made the announcement after a meeting of government officials with chiefs of security agencies on Friday in Osogbo.

Egbemode, who allayed worries of a return of the Ife/Modakeke conflict, urged residents of the affected districts not to allow criminal elements to grasp any opportunity to cause mayhem.

According to the commissioner, the government has also authorized the urgent deployment of armed police officers in volatile areas, with army assistance, to prevent a possible breakdown of law and order.

While expressing condolences to the families of those who perished in the tragic occurrence, Egbemode urged security personnel to investigate the circumstances that led to the deceased’s death.

She also advised homeowners and individuals to refrain from enacting their own laws.

According to her, the governor personally discussed the problem with Oba Enitan Adeyeye Ogunwusi, the Ooni of Ife, and Oba Moses Oyediran Oladejo, the Ogunsua of Modakeke.

She went on to say that they both assured him of their commitment to peace by ensuring that residents in both communities remained peaceful and law-abiding.

“As a government, we have vowed to do everything in our power to safeguard civilians from real and perceived threats.

“In order to restore law and order, we have ordered the urgent deployment of security operatives.

“We’ve also ordered security operatives to apprehend and prosecute anyone suspected of inciting riots, as well as those responsible for the deaths of the five farmers.

“As a result, the state administration urges all citizens to be peaceful and law-abiding, as every effort will be taken to protect them and their property,” she stated.

Meanwhile, the state’s police command has verified that five people were killed in Ile-Ife by unknown gunmen.

The victims were riding motorcycles on their way to their farms when they were attacked and slain, said to the command’s spokesperson, SP Yemisi Opalola.

According to Opalola, Police Commissioner Olawale Olokode has dispatched a police tactical unit and officers to the area to prevent a breakdown of law and order.

She also stated that an investigation into the circumstances of the murder had begun, promising that those responsible for the horrible crime would be brought to justice.