Group Revealed How The Osun River Got Contaminated 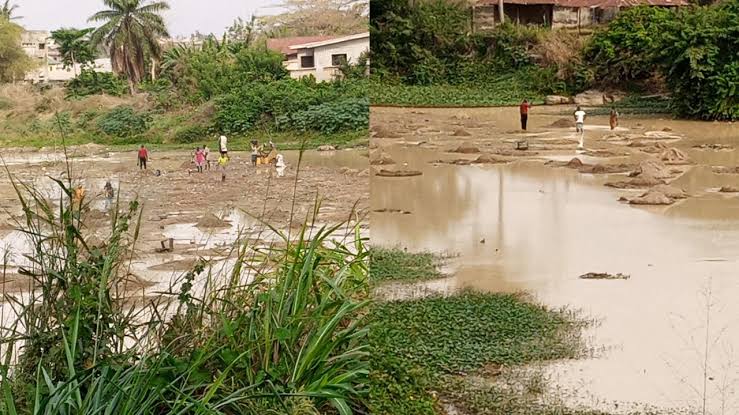 According to a report released by a non-profit organization, the Osun River has been highly contaminated with mercury, lead, cyanide, and other dangerous compounds that are harmful to human health.

According to Urban Alert, a civic initiative, geographic information analysis and laboratory tests determined the cause of Osun River pollution and confirmed the presence of heavy metals in the water.

The Osun River originates in Ekiti and goes through the states of Osun, Oyo, Ogun, and Lagos. The water at Asejire Ede was dammed by the states of Oyo and Osun.

Anthony Adejuwon, Executive Director of a Civil Society Organization called Urban Alert, reported this to reporters in Osogbo, the capital of Osun State.

The dangerous poisoning of the Osun River, according to Urban Alert, is due to gold mining activities, which have put the lives of over 2 million citizens of Osun State in jeopardy.

“Our scientific investigations found that gold miners’ operations in some regions of Osun State are polluting the Osun River.” Additional physicochemical and microbiological testing found that the Osun River was contaminated with mercury, lead, cyanide, and other harmful elements.

“There is no question that mining activities have contaminated the Osun River, putting the lives of nearly 2 million citizens of Osun State in jeopardy.

Traditionalists, Osun worshippers, local and foreign visitors to the Osun-Osogbo Sacred Grove, and over 20 communities that rely on the Osun River are at risk of cancer and other terrible diseases like as brain and kidney failure, growth retardation, anemia, impaired vision, paralysis, and death.

“It is distressing to report that the government at all levels has remained paralyzed, citing numerous reasons why it is difficult to terminate this life-threatening situation, which, if not addressed now, will result in the deaths of many people in a few years.”

“We are pained by the loss of Osun State’s identity, the people’s cultural identity, and the ecology, with little respect for tradition, business, or the well-being of millions of Osun State citizens.”

The group, however, called for intervention from the Nigerian federal government, the state government of Osun, civil society organizations, and the international community, citing “over 2 million residents of Osun State whose lives are directly or indirectly dependent on the 213-kilometer river, which currently houses five water dams, the Osun-Osogbo Sacred Grove (UNESCO World Heritage Site), and National Monuments.”