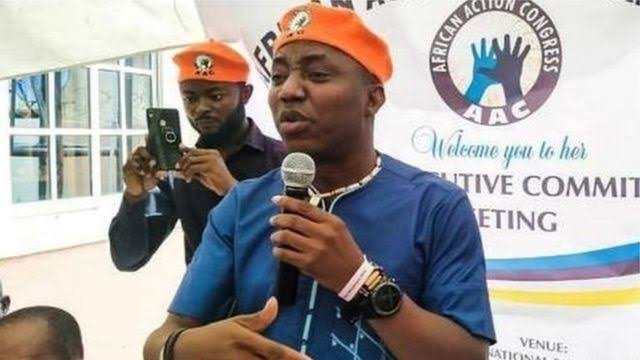 Omoyele Sowore, a human rights activist and former Presidential candidate in Nigeria, has had his biometric identification deactivated by the Nigerian government.

As a result, Sowore will be unable to conduct any transactions within or outside the country using any of the national documents because the cards cannot be read biometrically.

The administration of President Muhammadu Buhari has yet to provide a rationale for the move.

It also comes weeks after the government attempted to freeze Sowore’s bank account at Guaranty Trust Bank, according to the banking institution’s development staff.

Remember that the activist’s account was first frozen by the Department of State Services, Nigeria’s secret police known for violating citizens’ rights, in August 2019 after the agency claimed he received large sums of money from the United Arab Emirates to overturn the Buhari regime.

When the DSS discovered that Sowore had never visited the United Arab Emirate, the charge was dismissed.

The activist won a landmark victory against the DSS in December 2021, when he was given N2 million in monetary damages for the confiscation of his cellphones.

The DSS, on the other hand, has refused to follow the court’s order, instead inventing new strategies to get rid of Sowore, who has become a thorn in the side of President Muhammadu Buhari’s administration.

The Nigerian government has failed to prove its case against the activist in court, despite accusing him of plotting to destroy Buhari’s regime by calling for a revolution.

The administration has used a variety of tactics to keep the former presidential candidate out of the public eye, including limiting him to Abuja and pestering him on a regular basis.

The DSS arrested Sowore for the first time on August 3, 2019, after he called for Nigerians to take to the streets to protest the country’s awful administration.

He was momentarily released on bail on December 5, but was apprehended by DSS operatives a few hours later on December 6 while attending his trial in a case brought against him by the Nigerian government.

He is alleged of criticizing President Muhammadu Buhari and plotting to destabilize his administration.

Sowore was detained for more than four months despite two court rulings mandating his release on bail during that time.

The charges against the activist have been regarded as ridiculous and comical by observers around the world, including respected legal practitioners.