How Gov. Oyetola Received PDP Defectors Ahead of 2022 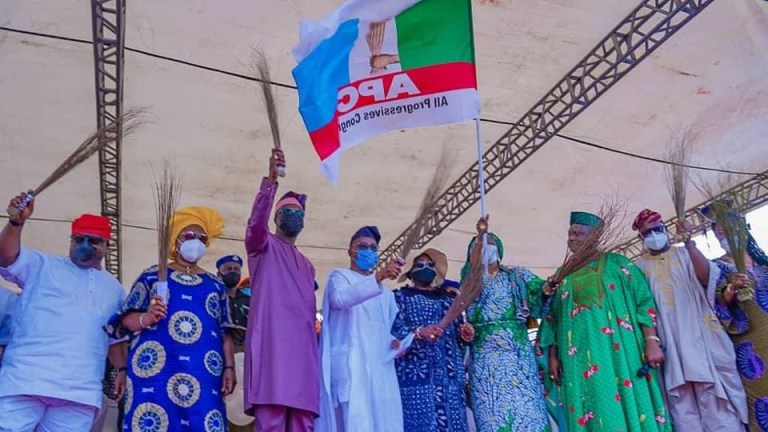 Governor Adegboyega Oyetola of Osun was joined today by his wife and other All Progressives Congress, APC leaders, including the Deputy Governor, former Speaker of the House of Representatives, Patricia Etteh, former deputy Governor, Senator Iyiola Omisore, Senate’s spokesperson, Senator Ajibola Bashiru, and party chairman, Gboyeha Famodun, among others, to receive hundreds of defectors.

Hon. Funmilayo, a former PDP House of Assembly member and council chairman, led her supporters from the Ila Federal Constituency, which includes Ila, Boluwaduro, and Ifedayo, as well as other seven councils in the state, and stated that she left the PDP due to the party’s protracted crisis.

She stated that a party that could not solve its own problems could not possibly solve those of the state, and that Oyetola’s accomplishments in just three years, despite financial challenges, were worthy of emulation.