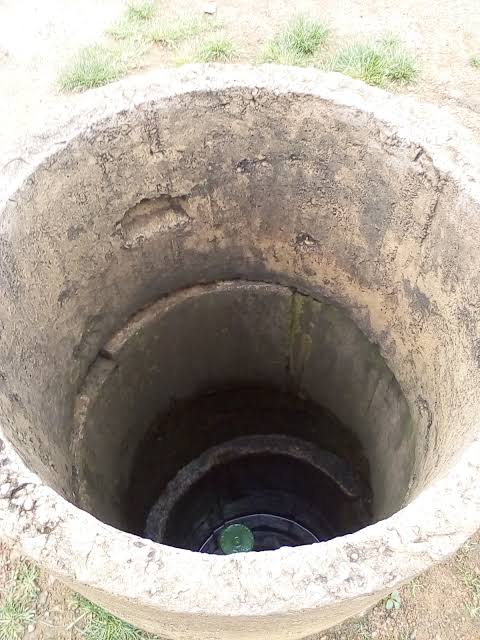 A mentally ill middle-aged mother dumped her two daughters inside a well in Osogbo, the capital of Osun State.

The girls were allegedly placed in the water-filled hole in the early hours of Tuesday at Anjorin street, Koledewo neighborhood in the state capital, by their mother, whose speech was incomprehensible.

As of the time of reporting this news, the bodies of Nimisire Saka, 5, and Darasimi Saka, 8, had not been found.

According to a local, Abdullah Wasiu, the mother surreptitiously dumped the children in the early hours of Tuesday, but her actions were made public after one of her neighbors inquired about the children, and she was unable to provide their location.

“When one of the neighbors raised the alarm about the mother’s inability to reveal the children’s whereabouts, everyone flocked to the house.”

“She eventually admitted to dumping them in the well.”

“We all hurried to the nearby well, but no one could attempt to save the youngsters because it was filled with water.

“As a result, we request that the fire department and police report the occurrence.

“Firefighters entered the well, but their efforts to save the youngsters were in vain, and they left with a promise to return to the scene.

“Iya Darasimi is the woman’s nickname. “She had recently returned from Oman and all she could say was, ‘Life is frustrating,'” the eyewitness recalled.

Adekunle Ibrahim, an Osun Fire Service official, confirmed the event, saying the woman was mentally ill and her speech was stuttering.

The recovery attempt, he claimed, was tough because the well was overflowing due to the rainy season.

“The tragedy happened late Monday night, and we learned about it Tuesday afternoon, but our men were on the spot and attempted to rescue the bodies.”

“At the moment, efforts are being made to pull them out, but it is proving tough due to the fact that the well was overflowing due to the rainy season,” he added.

“I learned that they had taken advantage of my girls’ glory while I was gone from home, so I decided to throw them into the well,” she added before being carried away.