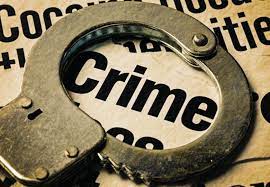 The Osun State Police Command paraded four suspects accused of killing some Modakeke indigenes over a farmland dispute on Wednesday.

It should be remembered that two Modakeke indigenes were murdered in June along with Apata village on their way to farm, while another five people were murdered in August this year at Alape village.

According to the Commissioner of Police, Olawale Olokode, the suspects were Akingbala Olakunle, better known as (ALL STAND), Owoniyi Segun, also known as (Agbede), Daramola Muideen, which his better known as (Ede), and Shina Adeyemi.

He went on to say that other arrested suspects were being investigated to determine the extent of their involvement before they were arraigned in court.

“The event that precipitated this murder occurred as a result of land/farm disputes between the two communities, Modakeke/Ile-Ife. It should be remembered that on May 11, 2021, two people were murdered on their way to their farms.

“These individuals were Modakeke indigenes. This incident instilled rage in the minds of Modakeke youths, and some Modakeke hooligans armed themselves with various weapons to exact revenge on Ife indigenes suspected of being behind the killing.

“The situation was arrested, and the police obstructed their heinous attempts. Several peace meetings were held, and promises were made to avoid a recurrence.

“Surprisingly, on 20/08/2021 at Alape village, five men whose names are as follows: (1) Oladele Ismaila’m’ (2) Oladele Afeez’m’ Taye Animashaun ‘m’ (4) Shina’m’ and another were on their way to their farmland. They were ambushed and killed by unidentified gunmen.

“The Modakeke indigenes were enraged by this unjustified and barbaric murder because they assumed the victims were their people. They resolved to exact vengeance on the Ifes, but their plans were thwarted by the quick intervention of the Police and other sister agencies.

“I’d like to clarify that the five people who died were not from Modakeke, as the people of Modakeke incorrectly implied.

“As a result of this heinous incident, the police quickly swung into action, resulting in the arrest of five key suspects, as mentioned above. Other suspects were apprehended by the police. They are being investigated to determine their level of involvement in the case, he said.

Two other suspects, cultists Saheed Lukman and Adeolu Adeniyi, were arrested for breaking into a phone accessory shop in Ilesa and stealing phones worth N11,880 from Ekundare Temitope.

One empty AK47 ammunition shell and empty cartridge, as well as one Nigeria Army I.D and a dagger, were recovered from the suspect’s home, according to Olokode.

He also revealed that a white unregistered Honda Civic car was recovered from a suspect who, while sitting with police officers along Selina/Ife road, parked the vehicle and ran into the bush.