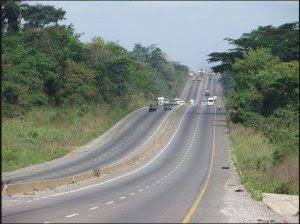 This comes just two weeks after a bullion van was attacked at Emure Ile in the state’s Owo LGA.

The latest attack brings the state’s total number of bullion van robberies to four, with one bank robbery, in the last two months.

According to reports, the gunmen attacked the van as it was driving from Benin, Edo State, to Ore.

According to a source, three people were shot during the incident, including two police officers and a civilian.

The attackers were said to have carted away an unspecified sum of money in the van.

According to another source, five people were killed, including police officers and bank officials who were accompanying the bullion van.

According to the source, the robbers set up an ambush for the van’s convoy, which belonged to a branch of one of the state’s commercial banks.

“The bullion van and the escort were coming from Benin,” he explained. As they approached Ofosu, the robbers, who had ambushed them, opened fire and killed the deceased, while the other police officers escorting the van fled into a bush for safety.”

She identified the deceased as a police officer and the driver of a bullion van.

The PPRO stated that an investigation into the incident had begun, and that men from the command were already on the trail of the hoodlums.