How Woman Drives Her Own Car Into Osun River 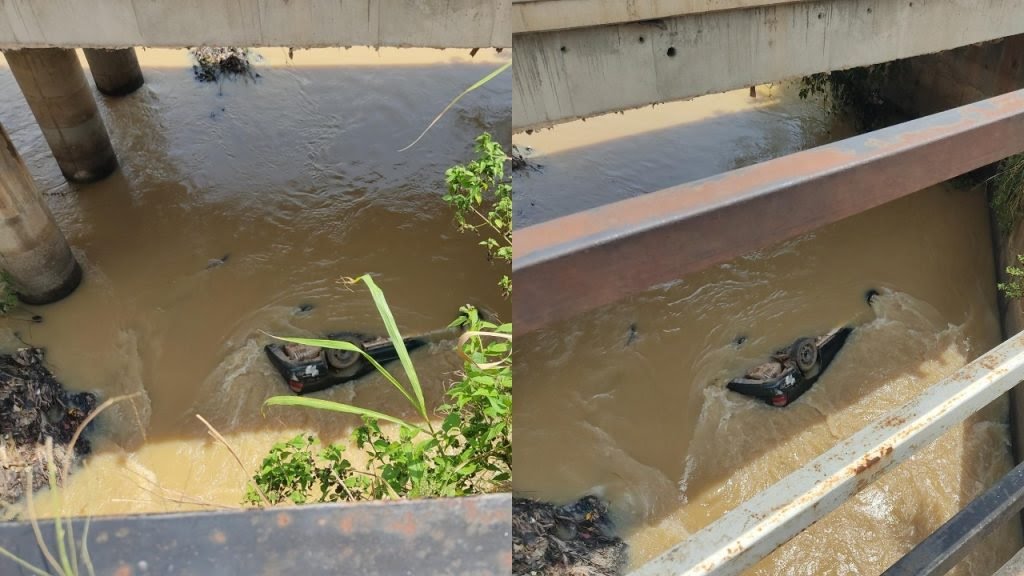 On Saturday afternoon, a lone car crashed into the Osun River beneath the Gbodofon Bridge in Osogbo.

The Federal Fire Service, who were the first responders on the scene of the accident, discovered that the driver of the vehicle, a lady, drove across the median and fell into the Osun River while driving at a fast pace along the Gbongan-Ibadan Road.

When the accident happened and the car crashed into the river, a Hausa fisherman named Kabo raced in and saved the woman, who is still alive.

As at the time of posting this news, efforts to have the Federal Road Safety Commission (FRSC) remove the vehicle out of the river were still underway.

Meanwhile, efforts to break the bottleneck that has resulted are underway.