In 2022, the House of Assembly of Osun Will Be Totally Autonomous 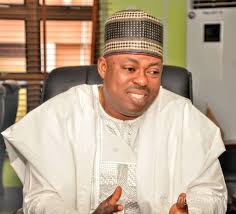 The Speaker of the Osun House of House, Mr Timothy Owoeye, has stated that the assembly will begin exercising full budgetary autonomy in January 2022.

On the last day of the 2022 budget defense exercise organized for Ministries, Departments, and Agencies (MDAs) of the Osun government, Owoeye remarked in Osogbo on Tuesday.

Governor Gboyega Oyetola of Osun has already signed the state Assembly Autonomous Bill into law, according to the speaker.

“We are launching the autonomy of the Osun Assembly next year, and the committee for its launch has already been formed.”

“Gboyega Oyetola, the governor, is dedicated to granting the assembly autonomy. It’s basically some sort of administrative stumbling block to achieving full autonomy.

“By God’s grace, we will begin full autonomy next year, which means we will no longer have to submit our files, financial requests, expenditures, or wages to the governor for approval,” Owoeye stated.

The speaker, on the other hand, pointed out that the assembly’s autonomy did not imply greater money for them.

He praised his coworkers’ devotion and commitment throughout the budget defense exercise, which he termed as a success.

Mr Moruf Olanrewaju, the Majority Leader of the Osun House of Assembly, later presented the state Assembly’s budget for the year 2022, which totaled N1.9 billion.