In Lagos, Game is Over for Godfatherism, I will be Sworn in as the Next Governor. Jandor’s 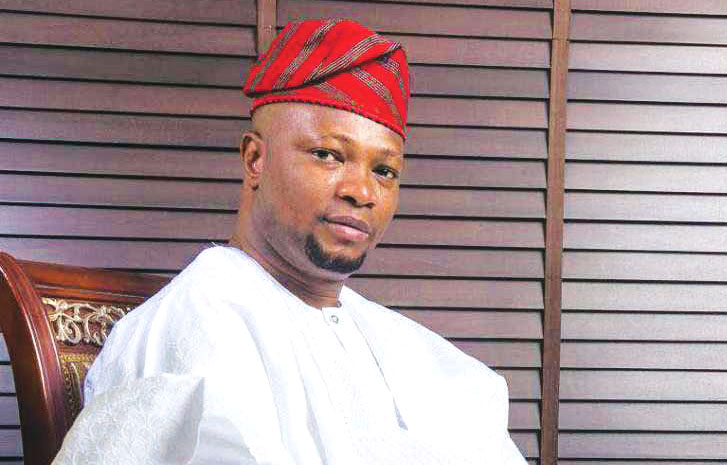 Olajide Adediran, popularly known as “Jandor,” a leader of a formidable group within the All Progressives Congress, APC, Lagos chapter and the visionary behind the Lagos4Lagos Movement, has declared that the time for godfatherism in Lagos politics is over.

He, on the other hand, expressed confidence that he would be declared the winner of the governorship election and sworn in as the next governor of the state in 2023 at Tafawa Balewa Square, TBS, Lagos.

Adediran made the remarks while briefing reporters at the group’s headquarters in Adeniji-Jones, Ikeja, on the status of the recently concluded APC ward congresses and the establishment of an Appeal Committee to hear all petitions concerning ward congresses.

According to Jandor, the numerical strength of the APC’s Lagos4Lagos movement in the state is more intimidating and overwhelming than the current structure, which has lost popularity and value among the majority of the people.

Reacting to what he called the “impunity” of a minority imposing candidates on the majority under the guise of “baba so pe” (father says) within the party, Jandor stated, “this will mark the end of godfatherism in Lagos politics, particularly in the APC.” I can assure you that the game has changed.”

“Quote me, I will be sworn in as the next governor of Lagos State in 2023 at Tafawa Balewa Square, by His grace and votes from our overwhelming supporters across the state,” he continued. We have everything it takes to beat them in any competition.

In an assessment of the group following its presentation to the appeal committee in Lagos on Thursday, he stated that “it is expected that they will do the needful and correct the injustices that have persisted for a long time” based on the report received about the comportment and overwhelming evidence presented before the panel.

Jandor, on the other hand, noted that the outgoing Tunde Balogun-led Caretaker Committee has nothing to show for it, in contrast to Lagos4Lagos, which held valid congresses in accordance with the party’s tenets and constitution and has all of his people in all 245 wards across the state.

“We have a list of our people who emerged from the ward congress at all levels, and their contacts for verification,” he said.

“It is abundantly clear that the State Caretaker Committee and Governor Babajide Sanwo-Olu were not out to conduct any congress and were not present at any known congress. Even if there is supposed to be a consensus agreement, the law requires confirmation by party members.

“I was in Ojo Local Government’s Ward G, which shows that we did something in accordance with the party constitution and the Nigerian constitution.”

Earlier, Vice-chairman of the apex leader of Lagos4Lagos, Prince Sunday Ajayi, who led the group’s team to present petitions before the appeal committee, expressed confidence that the committee would do the right thing based on the evidence they presented, which included: a list of all 9065 ward executives across the state, videos of the sensitization program before the congress, and all the petitions presented.

He also stated that based on what transpired at the stakeholders meeting on the eve of the congress, it was obvious that the Balogun-led Caretaker has no proof of holding any congress on July 31, which is contrary to the party’s constitution.

Similarly, Segun Aka-Basorun, a former Vice-Chairman of Kosofe Local Government and apex leader of Lagos4Lagos, stated that “what we did yesterday (Thursday) was quite clear.”

“We told the appeals committee that we had all of the evidence we needed to back up our claims. We expressed our dissatisfaction that the ward congresses committee met with us at the Airport Hotel on July 30, just hours before the congress, without providing any direction on how the congresses would be conducted.

“We told the appeal committee that it was obvious that the congress committee came with the sole intention of continuing the unpopular way that has caused our party to lose supporters due to imposition.

“We stated that the Tunde Balogun committee was not serious about holding a credible congress to appoint a new executive; they were only interested in writing names.

“We told them how we invited INEC to come and observe the process to demonstrate that we are transparent and that the Lagos APC has numerical strength. And when we didn’t see anyone from their side, we performed an affirmation.

“We explained to the appeal committee with proof (our tellers) that we were denied the forms after paying the required fees in accordance with party directive, not a bulk purchase that they did.

We revealed to the appeal committee members that the Balogun group was busy calling people to come and pick up their forms even on the day of the congress when the forms had closed.” He stated.

According to Aka-Basorun, the Lagos4Lagos team convinced the appeal committee that the APC had lost a large number of followers as a result of imposition, hence the “need to turn a new leaf that will ensure that popular candidates who will derive APC mandate from the people emerge at all levels.”