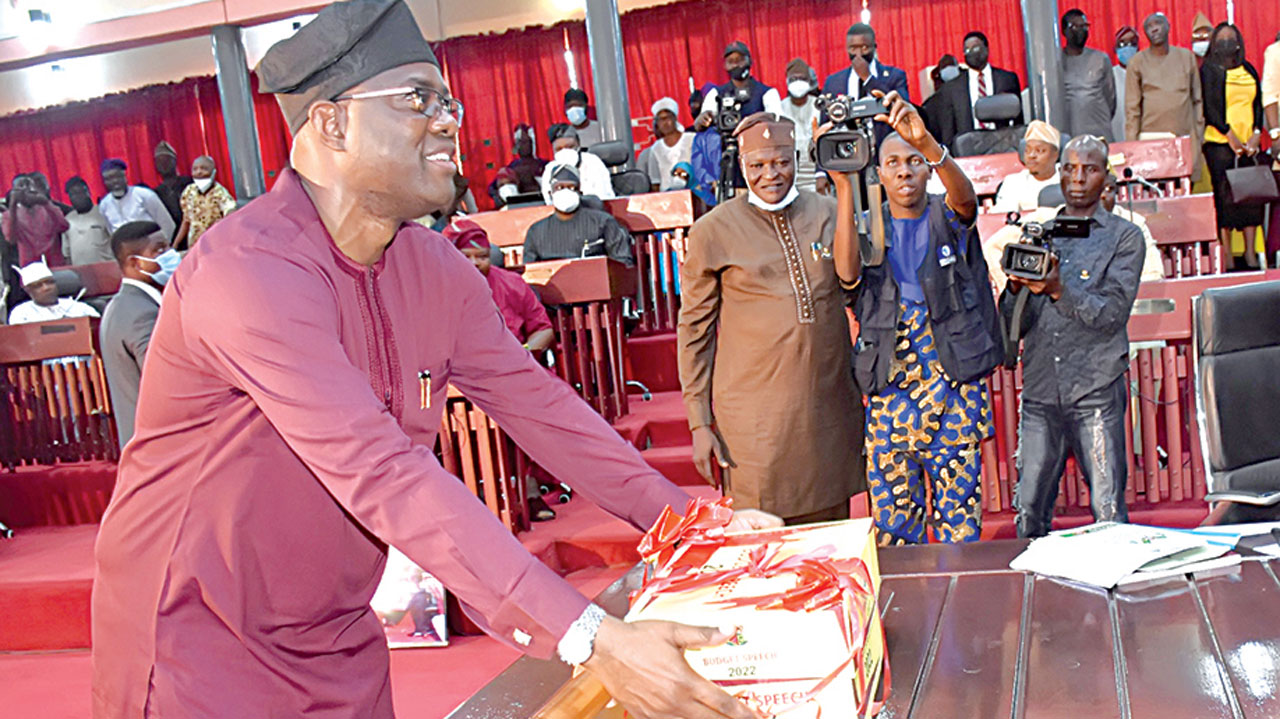 OYO STATE GOVERNOR Seyi Makinde signed the N294.7 billion budget for 2022 and the Bill on Financial Autonomy for the House of Assembly into law Wednesday, claiming that the budget reflects the interests of the people of the state.

He stated that the government’s performance goal for the 2022 budget is 70 to 75 percent, and that his administration will continue to make the state’s budgeting process open and transparent.

The governor remarked that the signing of the finance bill into law confirmed that the state is adhering to the idea of separation of powers among the three arms of government at a press conference held at the Governor’s Office, Secretariat, Ibadan.

“The overall sum for our 2022 Budget of Growth and Opportunities as passed by the Oyo State House of Assembly is N294,704,535,356:94,” Makinde, who dubbed the paper “Budget of Growth and Opportunities,” added. I’d want to take this occasion to express my gratitude to our Honourable colleagues, particularly Mr. Speaker, for the quick passage of the budget plan. So I just signed the Appropriation Bill into law today.

“When we first got in, the IGR was N1.9 billion per month, and it has now risen to between N3 billion and N3.3 billion per month in the last two and a half years.” As a result, we looked back at the budget performance in 2021 and consolidated the gains from the previous fiscal year. We finished some of the projects we started the year before and started new ones.