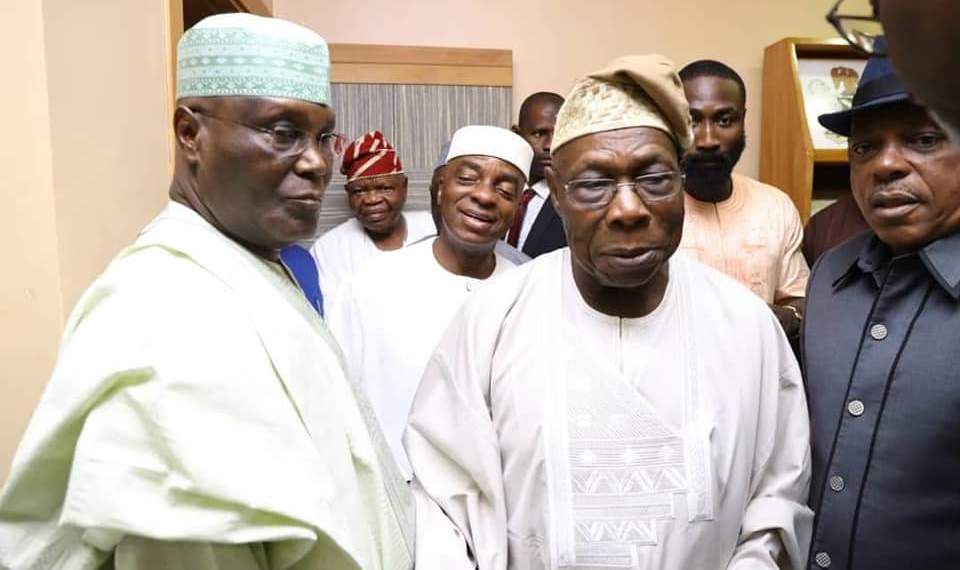 Former President Olusegun Obasanjo and former Vice President Atiku Abubakar have both spoken out against Nigeria’s difficulties on various occasions.

Obasanjo said yesterday that the country’s current predicament is “extremely awful, but not irreversible.” He spoke at the Olusegun Obasanjo Presidential Library (OOPL) in Abeokuta, Ogun State, while hosting the Peoples Democratic Party’s (PDP) National Chairman, Chief Uche Secondus, and some members of the party’s National Working Committee (NWC).

Before focusing on the general elections in 2023, he urged politicians to prioritize the country’s unity, peace, and progress. The polls, he argues, are “important, but not as essential as Nigeria’s peace and unity.”

Obasanjo, speaking to journalists after a nearly two-hour closed-door meeting with Secondus, described the visit as non-partisan, noting that the nation’s problems require “all hands on deck.”

“I am here with members of my team as well as PDP executives in Ogun State to tap into Baba’s wealth of knowledge as a statesman,” Secondus stated.

“We talked about Nigeria first, before anything else,” he added. Yes, we are members of a political organization. But where do we practice democracy if we don’t have a country? We require a calm country in which democracy may flourish. And we need Chief Obasanjo to come in with solutions at this point.”

Atiku, for one, cautioned that the country might be on the verge of collapse, while also emphasizing the importance of paying attention to regional agitations.

He said this in Abuja during a national dialogue and public presentation of Dr Chido Onumah’s book, “Remaking Nigeria: Sixty Years, Sixty Voices.”

He stated there have been previous disputes between farmers and herders. However, he pointed out that in the last five years, Nigeria has evolved into a safe haven for kidnappers and bandits, with their operations becoming a significant industry.

They have been allowed to operate in such an open and brazen manner, he claims, that it would come as no surprise if they applied for registration with the Corporate Affairs Commission and were listed on the Nigerian Stock Exchange.

Atiku, who also served as the event’s chairman, bemoaned the fact that federal character rules have been neglected, while symbolic measures to make all groups feel like they are part of the Nigerian family have been despised as marks of weakness.

“We need to rebuild our country in such a way that individual portions can flourish at their own speed without being held back by the center or other segments,” he stated.

Because what they accomplish will capture the attention of others, developed segments will stimulate development in other segments.

This might make the Nigerian union more appealing and nation-building more straightforward. Our dismal track record in terms of nation-building should not be used as a justification for developmental passivity or regress.