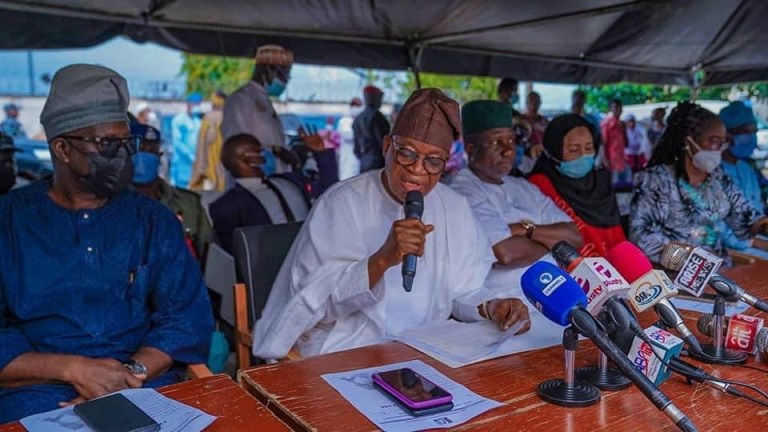 Hon. Gbenga Elegbeleye, Chairman of the All Progressives Congress in Osun (APC) National Committee on Local Government Congress, disclosed on Friday the Committee’s determination to conduct a hitch-free, fair, free, credible, and acceptable congress across the State’s local government areas.

He stated that the Committee was steadfast in its commitment to extend hands of cooperation and support to all members as part of efforts to strengthen internal democracy and promote the spirit and principles of all inclusiveness and participatory democratic process.

The National Extraordinary Convention Committee of the All Progressives Congress (APC) tasked the Committee with supervising and overseeing the peaceful conduct of the exercise in the State.

This is despite the Governor assuring residents, particularly party loyalists, of adequate security prior to, during, and after the Congress.

Addressing the people at the Party’s Secretariat in Osogbo, Elegbeleye stated that the Committee had been equipped with the necessary facilities and electoral materials to ensure peaceful conduct in all 30 Local Government Areas and the Ife-East Area Office.

He assured the party’s leaders and members that they would be treated fairly, and he sought maximum cooperation throughout the process.

Elegbeleye stated that the Committee would do everything possible to ensure that the Congress results were released on or before Sunday.

“We have returned to ensure peaceful conduct. I can assure you that the entire procedure will be as peaceful as the last time.

“Without a doubt, Osun is known for its peace. Osun is an Omoluabi state, and we will reflect this in everything we do. We are here to monitor the proceedings, and I can assure you that we will do everything possible to ensure a free, fair, credible, and acceptable Congress across the Councils.

“We will supervise the election, and we hope to have results tomorrow or by Sunday,” he added.

Governor Adegboyega Oyetola stated in his remarks that the government has put in place adequate security measures to ensure peaceful conduct.

“It’s an intriguing concept. First and foremost, we thank God for a successful Ward Congress. The party is united, and I must commend the party’s leadership and everyone who has contributed to its success.

“The purpose of Congress in any location is to elect party leadership. Osun is known for its peace, and we intend to keep it that way throughout the Congress and beyond. We’ve made adequate security arrangements.

“Congress should not be viewed as a battleground. We’ve reached an agreement. We have faith in the committee’s members to conduct themselves peacefully.

“Let us therefore avoid violence. Let us have a peaceful Congress tomorrow to elect new leaders for our party at the local government level. My advice to those who may not be able to return is that there are numerous positions and opportunities available. I don’t want you to be discouraged, but rather to remain steadfast in your commitment to the success and advancement of our party.

“As we all know, the most important thing is to stay committed and be a devoted member of the party. This tranquil atmosphere makes me very happy. We are grateful to God for being with us.

“Please come to our respective local governments tomorrow to carry out the exercise. “I hope it will be as peaceful as it used to be,” Oyetola added.