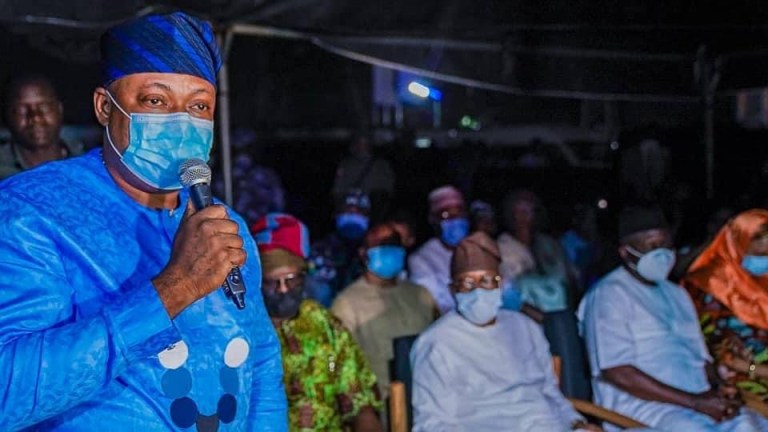 …as Oyetola urges delegates to avoid violence and electoral irregularities

Members of the All Progressives Party’s (APC) National Secretariat Committee for Osun State Congress harped on good conduct and the Omoluabi ethos on Friday ahead of the party’s State congress tomorrow.

The exercise will take place across the country. The members of the Committee promised free, fair, credible, and acceptable polls, noting that all participants would be given an equal opportunity to exercise their constitutional rights to elect new officers of the party at the state level.

Even as the Governor urged party loyalists and members, particularly delegates, to avoid violence and any other irregularities or misconduct that could taint the exercise.

The Chairman of the National Congress Committee to Osun, Hon. Gbenga Elegbeleye, stated during the stakeholders’ meeting and press briefing preceding tomorrow’s exercise that the Committee would do everything possible within the confines of the law to ensure peaceful conduct.

He stated that the Committee had been outfitted with all of the necessary materials to ensure a transparent and open exercise that would be accepted by all.

Elegbeleye, who praised the people of the state, particularly party members, for their resilience, peaceful conduct, and Omoluabi ethos, expressed hope that the election would be free of rancor.

“The State Congress is tomorrow. We are delighted to be back here after the last ward and local government congresses, which were held in a completely peaceful environment.

“We want all of the applicants to arrive on time so that we can get started on the process right away.” We are determined to ensure that the election is free, fair, credible, and acceptable.

“The people of Osun have demonstrated this before, and I am confident that it will be repeated in tomorrow’s Congress.”

“We have witnessed the Omoluabi ethos in the behavior of our people, particularly the Governor himself.” “We believe that those who will be elected tomorrow will be capable of steering the party’s affairs,” he added.

Earlier, Adegboyega Oyetola, the Governor of Osun, called for peace before, during, and after the Congress exercise.

He urged all members of the party, particularly those who would be attending the Congress, to cultivate the Omoluabi ethos for which the state is known.

Governor Oyetola, who assured the people of the state of adequate security, stated that no stone would be left unturned in order to maintain peace and harmony throughout the process.

He commended members of the Committee for their diligence and faithfulness, as evidenced by the outcomes of the most recent wards and local government congresses held in the State, and expressed hope in their capacity and ability to replicate such gestures in tomorrow’s Congress.

The Governor took advantage of the occasion to urge those who would be participating in the State Congress to follow Covid-19 protocols and guidelines.

“I thank the members of the Committee from the National Secretariat, Abuja, led by Hon. Elegbeleye, for their dedication and hard work in the previous congresses.”

“I appreciate the party leaders’ and stakeholders’ support and understanding.” As we prepare to hold our great party’s State Congress tomorrow, I urge all delegates to turn out in force to elect new State Officers for the party.

“It is critical that we conduct ourselves peacefully and that we have a smooth exercise that we can all be proud of as a party.” Because it is a family affair, it should not be viewed as a life-or-death situation. I have no doubt that tomorrow will be a very peaceful day. There should be no animosity. It is a way of demonstrating our ability to elect those who will represent us and steer the party’s affairs.

“There should be no issues with the exercise. I wish the outgoing excos the best of luck in their future endeavors, and I am confident that, by the Grace of God, a new executive will emerge tomorrow.

“I congratulate those of you who will win tomorrow, and I urge those who will not win tomorrow not to give up hope,” Oyetola said.

Speaking in turn, the Speaker of the Osun House of Assembly, Hon. Timothy Owoeye; a former Osun Deputy Governor, Mrs. Titilayo-Laoye Ponle; and a former Speaker of the House of Representatives, Hon. Olubunmi Etteh, urged participants, particularly delegates, to reject anything that could jeopardize the electoral process and the party’s principles.