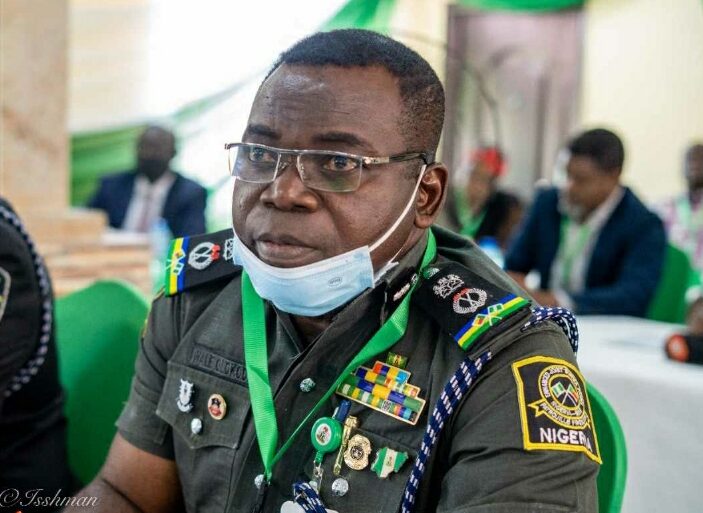 …As a result of the killing of two farmers by gunmen, the Osun CP has relocated to Modakeke.

Olawale Olokode, the Commissioner of Police in Osun State

On Sunday, the Osun State Police Command announced the arrest of two suspects in connection with the attack and killing of two farmers in Alapata village, Modakeke.

In a chat with our correspondent on Sunday, the command’s spokesperson, Yemisi Opalola, confirmed the incident, saying that operatives arrested two suspects in connection with the crime through intelligence.

The most recent killings occurred just nine days after five farmers were murdered along the Toro Road in Modakeke by unidentified assailants.

One other farmer, who had been declared missing following the attack on Saturday, had yet to be found as of the time of filing this report.

According to Femi Eluyinka, a community leader in Modakeke, the assailants kidnapped five Modakeke residents from their farms in Alapata village on Saturday.

“One of those abducted later escaped and ran to town to inform us,” Eluyinka said. The community immediately notified the Modakeke Division’s DPO.

“The DPO led his men to the area and recovered two corpses alongside our youths. Alapata village follows Toro village. The bodies were taken to the OAUTHC in Ile Ife.

“We later learned that another person, a woman, had escaped from the assailants. Her hand had been injured. She was taken to the Ogunsua’s palace and then to a hospital, where she is currently being treated.

“We are still looking for the last person. Two people were killed: a man and a woman. On Saturday, around 10.30 p.m., we took their bodies to the morgue.

The situation is still calm because we asked our people to give the elders time to deliberate and find a solution to the killings.”

While commenting on the development, Opalola stated that the Commissioner of Police, Wale Olokode, had relocated to the area to ensure the safety of people and property.

“Two suspects have been apprehended in connection with the murders. We’re also looking for anyone else who may have been involved in the killings. The suspects were apprehended as a result of intelligence, according to Opalola.