Unidentified Gunmen Killed Five People in Ile-Ife, According to Police 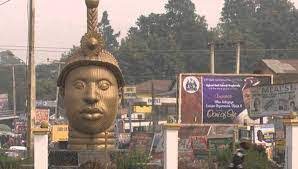 On Friday, the Osun Police Command reported the killing of five people in Ile-Ife by unidentified gunmen.

The victims were riding motorcycles on their way to their farm when they were ambushed and killed, according to the command’s spokesperson, SP Yemisi Opalola.

As a result, Opalola stated that the Police Commissioner, Olawale Olokode, had dispatched a police tactical team and officers to the area in order to prevent a breakdown of law and order.

She also stated that an investigation into the circumstances surrounding the murder had begun, promising that those responsible for the horrible crime would be brought to justice.

According to Opalola, the Ooni of Ife, Oba Adeyeye Ogunwusi, has also weighed in on the matter, urging his subjects to keep the peace in order to prevent the situation from worsening.

The farmers were ambushed and slain while passing through a community near Ile-Ife on their way to their property, according to news reports.

The killing, however, has caused tension in Ile-Ife due to fears of retaliation from residents of Modakeke, a neighboring town, prompting many Ile-Ife residents to close their businesses.

According to NAN, the villages of Ile-Ife and Modakeke have a long history of communal conflicts that have resulted in the deaths of many people and the destruction of property.