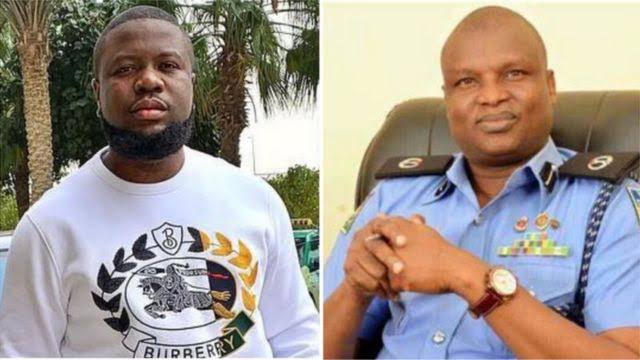 Police Affairs Minister, Muhammad Maigari Dingyadi, stated on Tuesday night that President Muhammadu Buhari will make the final decision on the request for extradition of suspended head of the Intelligence Response Team, DCP Abba Kyari, to answer allegations of complicity in the $1.1 million bribe fraud perpetrated by Ramon Abbas aka Hushpuppi.

Speaking on Channels Television’s “Politics Today,” Dingyadi stated that the Nigerian government is attempting to ensure that due diligence is done on the matter because it has international ramifications.

“The issue of Abba Kyari has become a public domain,” he said, “and I think by now everybody has heard that the police, in their wisdom, in their usual way of becoming transparent and fair to all, have set up a committee to investigate all these allegations.”

“In addition, we reported that the committee had submitted the report to the Inspector General of Police” (IGP).

“We have also submitted this report and recommendations to the Attorney-General of the Federation for legal advice; we will then present it to Mr. President for final consideration.

“As you can see, even though this is a local issue here, it has some international implications.

“We must exercise caution to ensure that we do the right thing. Before making a final decision, we need to consult with the Ministry of Foreign Affairs and the Ministry of Justice.

“What is important is that Nigerians understand that the police management is operational and that they have completed their duties. I hope people will wait to see what action is taken on this issue.”

The FBI had indicted DCP Kyari and four others in the Hushpuppi Internet fraud scam, resulting in Kyari’s suspension and the IGP establishing a Special Investigations Panel led by DIG Joseph Egbunike of the FCIIB to investigate the allegations.

The panel has since submitted its report to the Police Service Commission, and the commission has begun its own internal investigation into the matter.