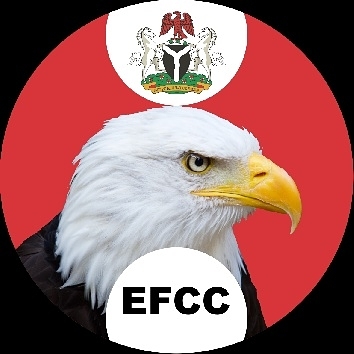 The court orders the EFCC to pay a N10 million fine for the illegal detention of a man.

The Court of Appeal dismissed an appeal filed by the Economic and Financial Crimes Commission challenging a N50 million award for the unlawful detention of one Babatunde Morakinyo.

The court ruled that Morakinyo’s re-arrest after he had completed his bail in Abuja and Lagos was illegal and described the act as “oppressive, repressive, and condemnable.”

On Wednesday, Justice Hussein Muktar stated this while delivering the unanimous decision of the appellate court’s three-member panel.

He determined that there was no error or ambiguity in the earlier decision of the Federal High Court, and thus dismissed the appeal.

The appellate court’s decision included a downward review of the fine imposed by the Federal High Court on the anti-graft agency.

The appellate court ordered the EFCC to pay N10 million rather than the N50 million previously ordered by the Federal High Court in Abuja.

The court ruled that the previous fine of N50 million was excessive.

On March 19, the EFCC dragged Morakinyo to the Federal High Court in Abuja on a 23-count charge bordering on alleged money laundering.

Morakinyo pleaded not guilty during his arraignment and was granted bail. He was released after completing the conditions of his bail when the court approved the warrant for his release.

However, the EFCC had re-arrested and detained him on the grounds that he was to face a new trial before a Lagos State High Court.

Morakinyo had filed an action at the Federal High Court in Abuja for the enforcement of his fundamental human rights following his re-arrest and detention, seeking compensation for his illegal detention.

“The act violates the tenets of the democracy we claim to practice.

“Where the court has granted bail to a person and the person has met the terms of the bail, and a release warrant has been issued to him, but he is due to be arraigned in another court, he does not need to be rearrested.”

“He can be served with the subsequent charge and given the opportunity to appear in court on the arraignment date.

“The assumption that such a person will not appear in court for the other trial is unfounded because his bail particulars are already in the custody of the court.

“The court in which he is due to appear next has the authority to grant him bail on the previous terms or to modify them. He understands that it is in his best interests to appear in court to answer the allegations leveled against him.

“There is no valid basis for the applicant’s subsequent arrest on the basis of a pending charge in Lagos, when he was granted bail by a court of coordinate jurisdiction in Abuja upon arraignment for another charge,” Justice Ekwo ruled.

After Justice Ekwo ruled in favor of Morakinyo, the EFCC filed an appeal with the Court of Appeal, challenging the trial court’s decision.