Why Islamic Clerics Kick In, As Oluwo Appoints Grand Mufti 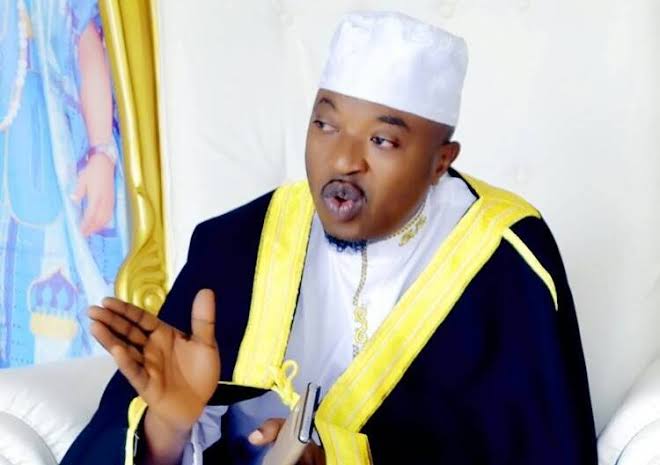 The Oluwo of Iwo, Oba Abdulrosheed Akanbi, has been barred from installing anyone as the Grand Mufti of Yorubaland by an Osun State High Court in Osogbo.

This comes as the monarch revealed that everything is in place for Sheik Dawood Malaasan to be installed as the Grand Mufti of Iwoland on Saturday.

A step aimed at averting a potential confrontation with the region’s religious leaders.

Sheikh Jamiu Kewulere, President of the League of Imams and Alfas of Southwest, Edo, and Delta States, and five others had filed a suit against Oluwo and one other, urging Justice Sikiru Oke to restrain Oluwo and one other from installing anyone as the Grand Mufty of Yorubaland through an exparte motion.

The claimant, through their lawyer, Mr Kazeem Odedeji, also asked the court to stop the second defendant from posing as the Grand Mufty of Yorubaland until the court rules on the interlocutory injunction.

After hearing the arguments, Justice Oke ordered the monarch to refrain from appointing anyone as Grand Mufti until the dispute is resolved on November 16.

In a statement released on Friday, Kewulere stated the Oluwo, as a traditional ruler, does not have the authority to install anyone as a religion title bearer.

Oluwo, as a traditional monarch, lacks the authority to appoint anyone to the position of Otun Ajanasi, Ajansi, or Mufty of Iwoland.

For the avoidance of doubt, according to the law, Oluwo lacks the ability to appoint, remove, or install the Otun-Ajanasi and other Islamic title holders in his domain as established in the Iwo Central Mosque Constitution, which was issued by the Osun State High Court of Justice on October 11.

Meanwhile, the Oluwo’s Press Secretary, Alli Ibrahim, announced on Friday that the king will install Malaasan, the creator of the Ta’awun Society, as the Grand Mufty of Iwoland, today, Saturday.

“By 10 a.m., the well-deserved merit will be held in the Oluwo palace grounds. “After thorough deliberation with stakeholders, the appointment of Sheik Daood Imran as Grand Mufty of Iwoland was unanimously agreed upon,” the announcement states.

Religion leaders in Southwest, Edo, and Delta states denounced the monarch to Governor Adegboyega Oyetola, Commissioner of Police Olawale Olokode, and Director, DSS in the state, claiming that the intentions to install a Grand Mufty for Yorubaland are outside his jurisdiction.